During the pandemic the creation and expansion of new federally paid programs have resulted in those programs dwarfing "regular"/(state funded) continuing unemployment insurance program claims.

This has saved billions in payments from the Oregon unemployment insurance trust fund but should those federally funded programs end there would be a severe drop off in the number of unemployed employees receiving benefits and the amount of UI benefits received.

The graph pasted below tells the Oregon story since the start of 2021: 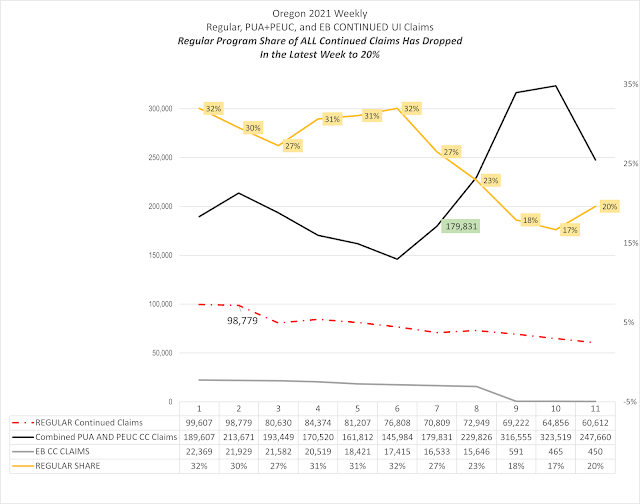