The graph and table below shows how much would be available by county per homeless person using the county share of homeless population the 2022 PIT count.  (A 1 page PDF version can be downloaded HERE).

Also shown in the table, but not in graph, are per capita amounts per unsheltered person in the 2022 PIT count. That varies from an even WIDER amount from $33K (Multnomah,), to $140K (Clackamas), to $330K (Washington). That's nearly a 10 to 1 ratio from the lowest to the highest per capita amount. 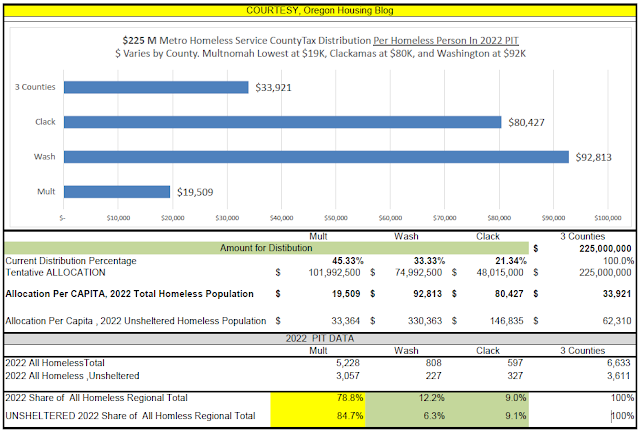